Next up on my minifigure customizing list is Éowyn from Lord of the Rings. LEGO never made an official Éowyn minifigure. The first wave of LEGO Lord of the Rings sets from 2012 was amazing and we have all of those sets. The 2013 wave was a bit more meh, so we only have a few of those. LEGO never made a third wave of sets, that I’m sure Éowyn would have made it into, and my daughter and I have been sad about it ever since. So with my refined customizing skills I am finally making Éowyn minifigures for her. I also gave her my custom, inconito, casual Ninjago Lloyd so I’m making another one for myself while I’m at it. We lovingly call him “Fedora Lloyd” as I will now refer to him. 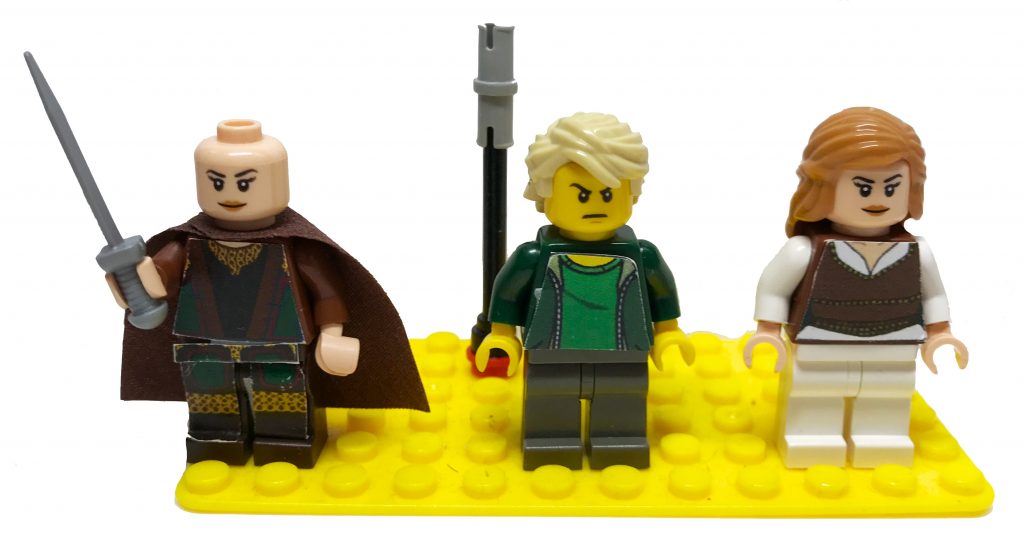 The first thing I do after collecting the right color minifigure parts is to test and fit the decals. These are printed on paper and sized and resized until they fit well. I already had Fedora Lloyd’s done because this is my second one, but I tested them anyway for good measure. Éowyn wears two outfits in the game and I am making a minifigure for each, Edoras and Dernhelm. For both of the Éowyns I took screenshots from my LEGO Lord of the Rings iPad game before it became obsolete after a major update. I miss it. 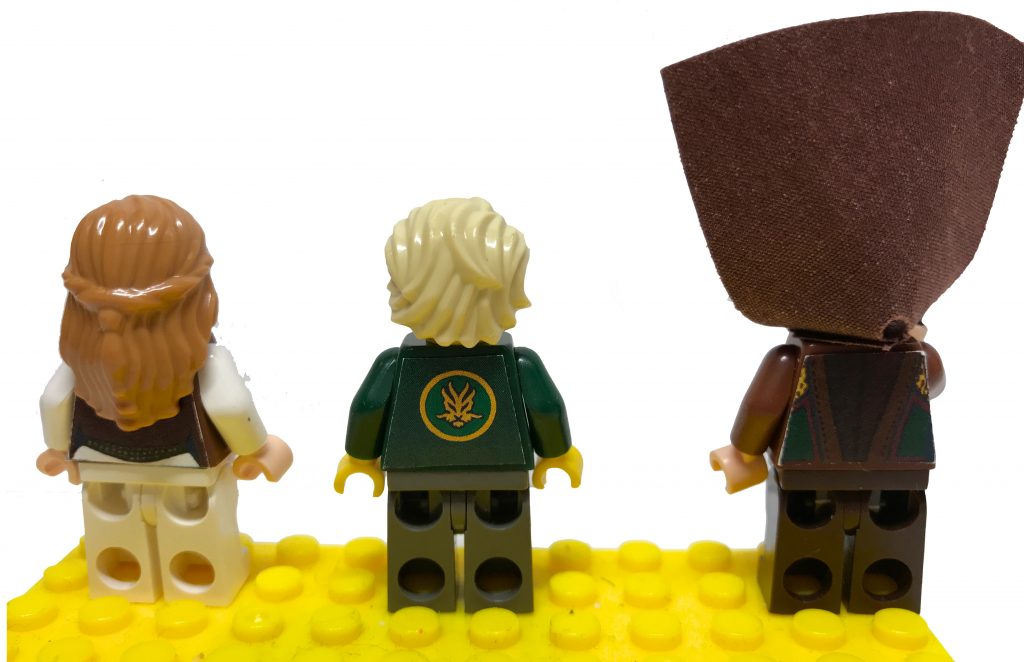 Testing the back decals

Éowyn’s Edoras outfit is pretty simple so that went quickly. Her Dernhelm outfit was quite a challenge. My screenshots didn’t really pick up the chainmail details very well so I adjusted those meticulously. Her legs and waist piece were the hardest. I also fitted a piece for her hips between her legs but I had to take it off to fit the leg pieces properly. It will be on the final minifigure though. 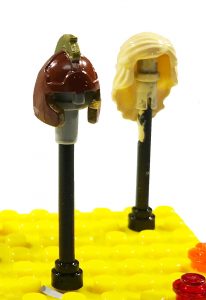 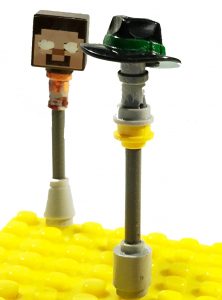 My next step is getting the hair, helmet and hat painted. My son is also learning to customize and this is his Herobrine Minecraft minifigure on the paint drying stand. Fedora Lloyd’s hat just needed a thin green stripe, a small brush, and a steady hand. Éowyn’s Edoras hairpiece was not available in tan so I had to paint one and match the color. I think I got it just about perfect. 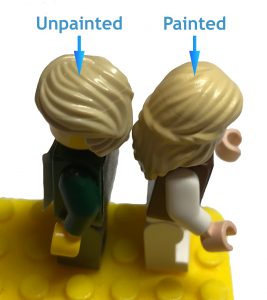 The Dernhelm helmet is quite a challenge. LEGO doesn’t have a helmet that looks just like the one Éowyn wore in the game so I had to make some compromises. I used a plain Rohirrim helmet and painted it. The one she wears in the game has a piece that goes across her nose and the horse head goes further down her forehead, but it’s the closest I could get without sculpting my own and I’m not quite ready for that yet. I also had to use two colors, gold and brown, on the same piece which adds to the challenge. I still need to add decals to it for the chainmail at the back and the decorative part that goes all around the forehead.

Here they are with the painting complete and coated with a protective clear layer. Ready for the next step, cutting and shaping Lloyd’s hair and Éowyn’s hips.