Before LEGO introduced the Star Wars Microfighter line in 2014, they made a few microfighter-type sets that were only available in limited numbers at a few conventions in 2012 and 2013. I love the microfighter line and when I saw photos of these earlier models (they are a slightly different scale) I knew I had to add them to my collection. BrickLink to the rescue! None of the four ships I wanted to recreate had exclusive printing or stickers so I made parts lists on BrickLink for each of them and slowly started collecting the pieces. All my lists are finally filled and I got to put them together. I found the instructions for each online through a Google search. (There is actually a fifth model of the Ghost ship from Rebels, but since I have the microfighter of that, it didn’t pique my interest.)

Darth Maul’s Sith Infiltrator was the first in the line from the San Diego 2012 Comic-Con. It is also the only one with an accessory, a probe. I wasn’t sure I really liked this one at first but it grew on me. It’s a bit clunky compared to some of the official Microfighters but is an effective representation of the ship. I really like the minifigure, which was available as a separate polybag as well as in this set so it was not impossible to BrickLink. 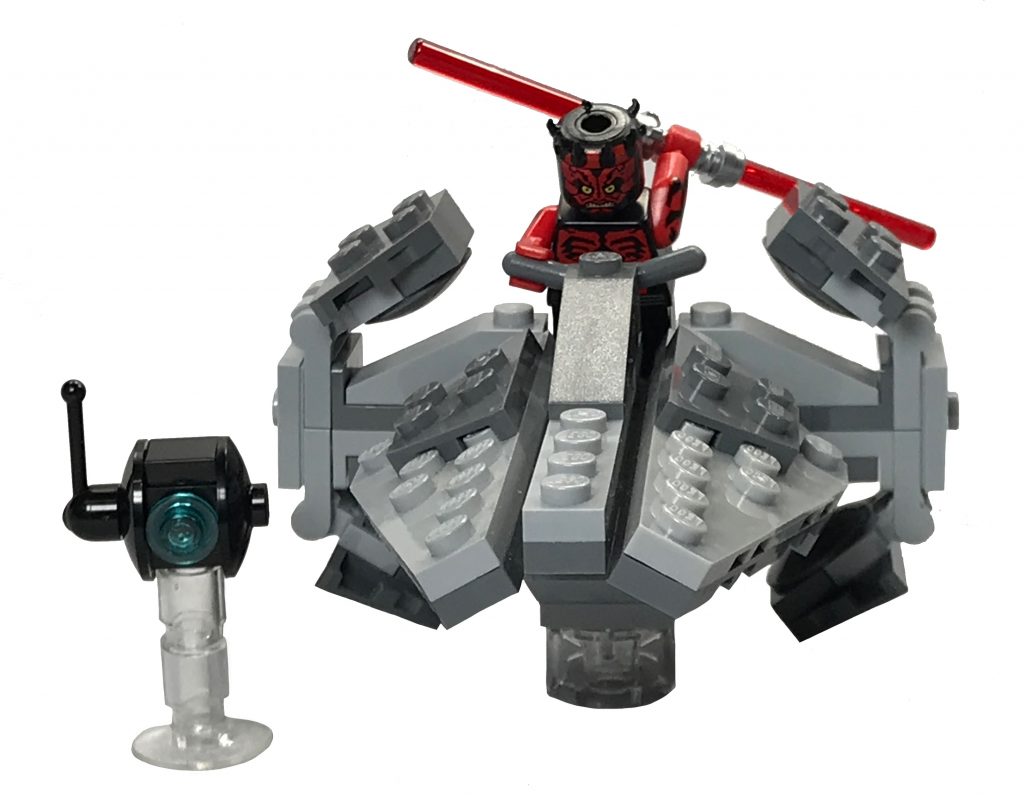 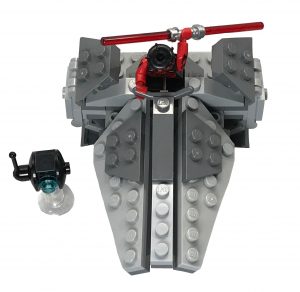 Next up is Slave 1 from Star Wars Celebration VI in 2012. I really can’t believe they haven’t made an official microfighter of this ship yet. Until they do this one is pretty cool. It also is not as refined as the official microfighters, but is a good likeness of the ship itself. The minifigure is exclusive to the set, but only because he has a balaclava head instead of a flesh one, making him easy to recreate. 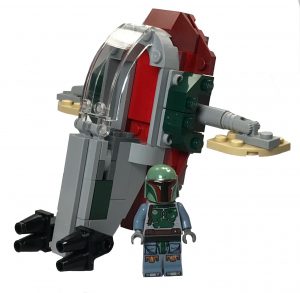 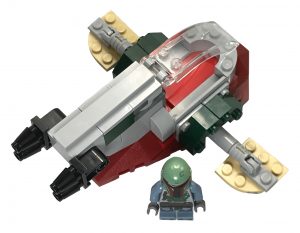 Luke’s Landspeeder from the New York 2012 Comic-Con is next. This one is my favorite of the bunch and is also the first one I finished. In fact, originally I was only going to make this one, but I liked it so much it inspired me to collect the others. The Luke minifigure I have here is actually not the one that goes with the set. Mine is from an advent calendar and has white legs instead of tan and a different head. The head on the official set minifigure is pretty rare. It never seemed to be available from stores I was ordering from, so I decided I could live with the difference. This ship is more refined than the first two and is starting to look more like an official microfighter. 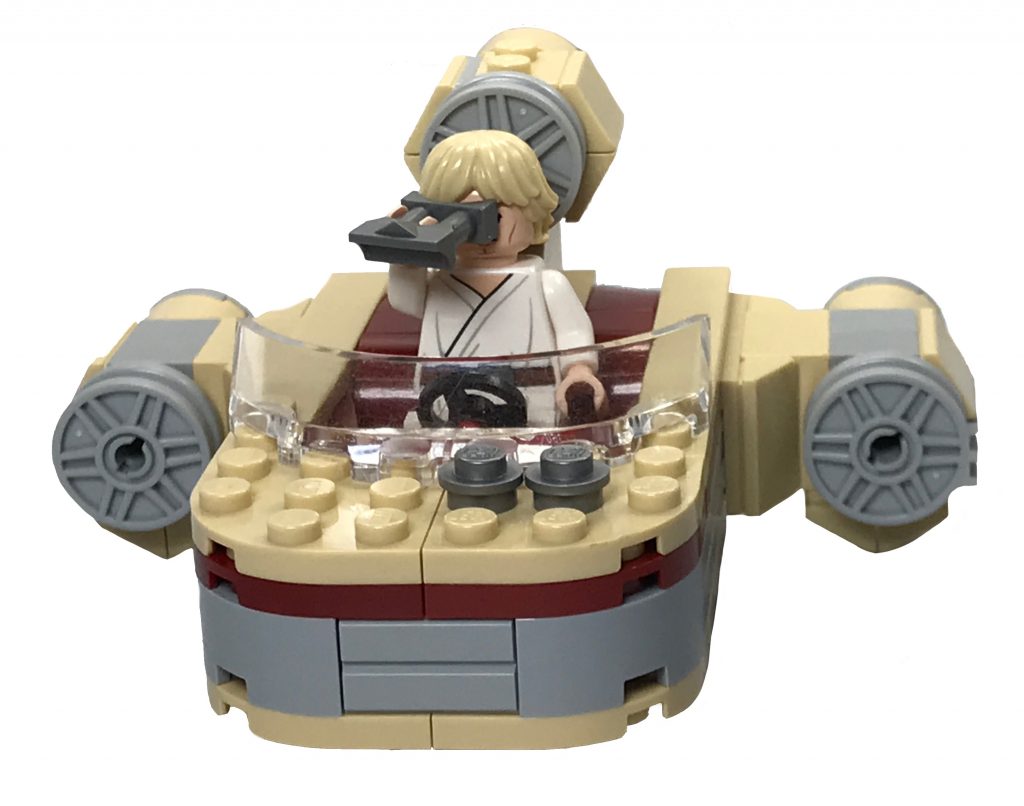 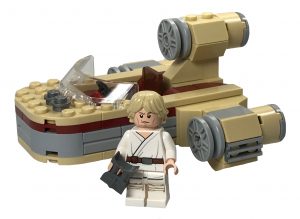 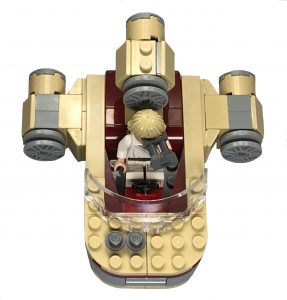 Finally comes Jek-14’s Stealth Starfighter from the 2013 San Diego Comic-Con. I really like this one too. Our family loved watching the Yoda Chronicles series that this ship appears in and so my kids were thrilled to finally have a Jek-14 in our house. This minifigure is pretty rare and in this set he also came with a hair piece that made him exclusive. It is a common hair piece, not hard to find. The droid head is rare and I eventually broke down and ordered it from a European seller on BrickLink. I am glad I did because it really didn’t take much longer than a U.S. seller. I also placed a small order and got the cheapest shipping which was about the same as U.S. shipping. This ship is nicely detailed and refined looking. 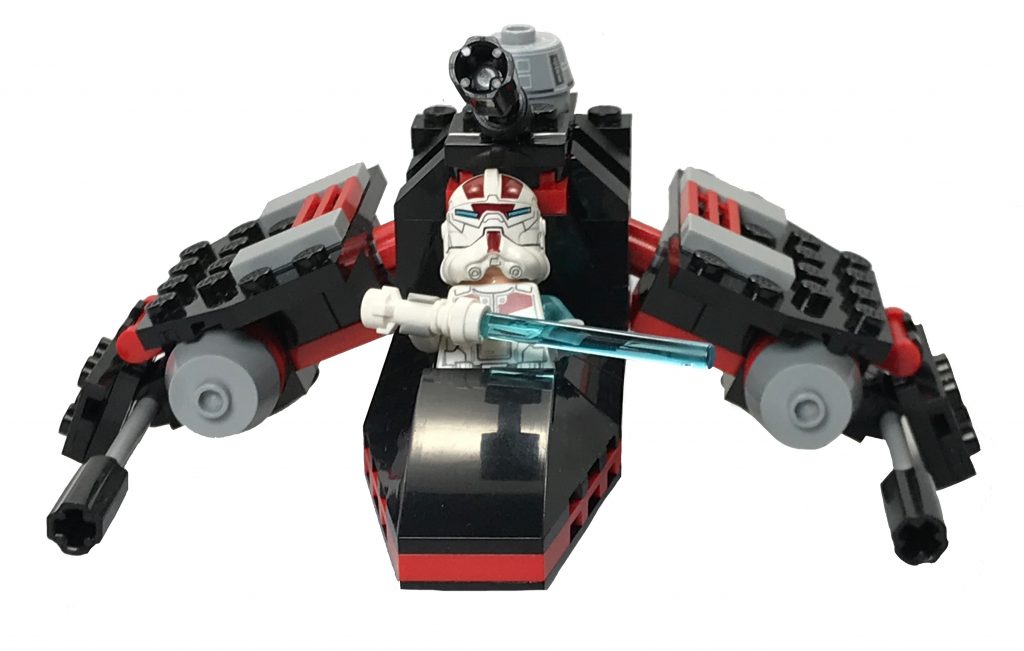 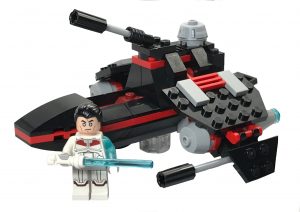 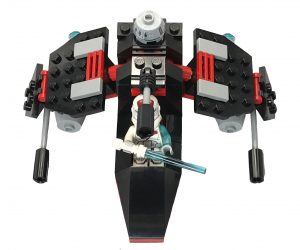 Clearly, the LEGO designers were getting better at their microfighter models as they went along. The Stealth Starship came in a box, as opposed to the collector’s tins that housed the first three. Those collector tins look really nice, and are obviously really expensive. I am happy to be able to recreate the ships and think they make a great addition to my microfighter wall.