After finishing all those hairpieces, the next step in my LEGO customizing adventure was decals. I spent a lot of time reading various articles and watching some videos on how to apply decals, but that may have been a procrastination technique. Actually applying the decals seemed so intimidating. I decided to start with a simple one, no leg or hip decals required. Here is my first finished figure, Skales Jr., in all his glory. 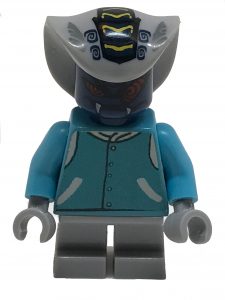 I used a head and headpiece from one of the other Hypnobrai minifuges. I decided faces were just too difficult for my first decal application. His medium azure torso and arms were an uncommon color. There was a plain medium azure torso from the Star Wars Max Rebo minifigure, but that was so expensive on Bricklink that I decided to use one with a little printing on it from the Simpsons Ralph Wiggum minifigure. I removed the printing with Brasso. It’s like magic. The decal design was made from a screenshot of the Ninjago cartoon. I watched a lot of Ninjago episodes trying to find one where Skales Jr. was standing straight and face forward. 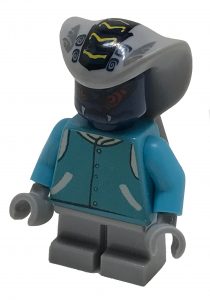 I eventually found a back view too and carried the design through from where his head tail was covering it up in the screenshot. I also spent a long time trying to match the color of my decal to the medium azure torso. None of the online colormatching charts looked exactly right to me. So I took a photo and tried to colormatch that and it looked perfect on the computer screen, but when I printed it out it was still a tiny bit off. I think he looks great and I learned that decals weren’t nearly as difficult as I thought they would be. 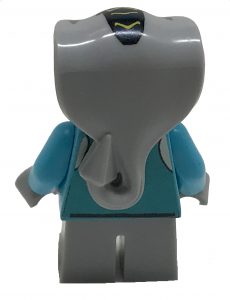 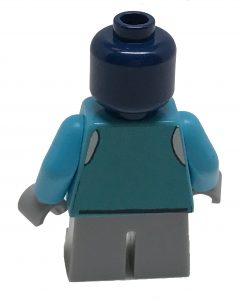 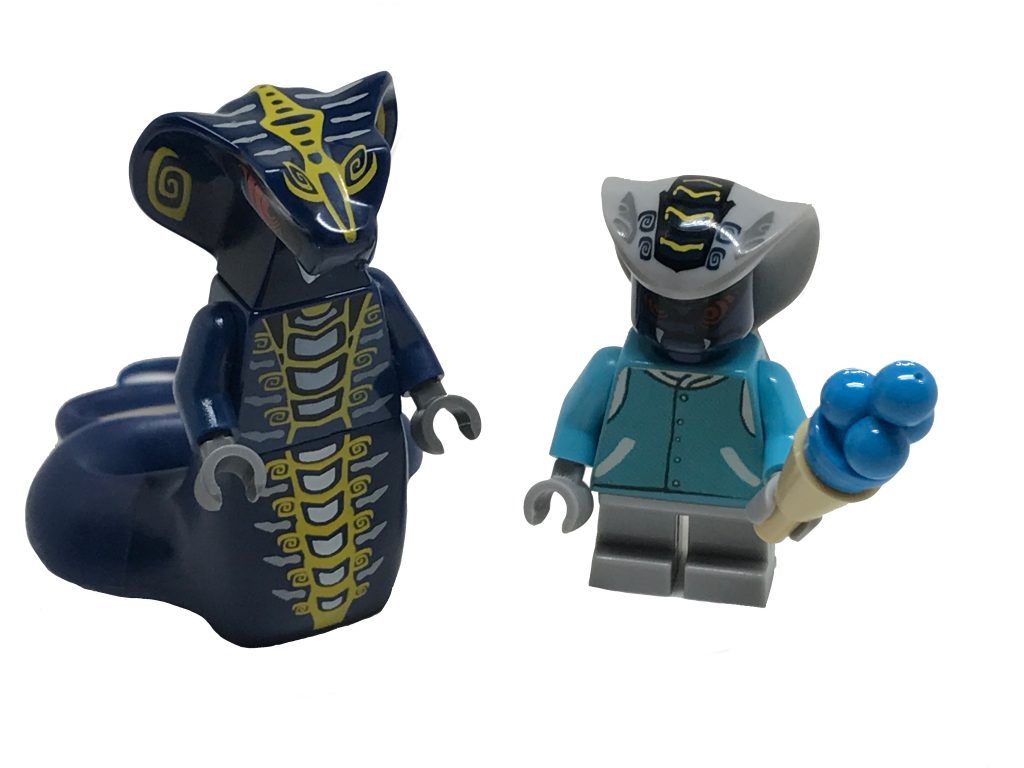 Skales takes his son out for ice cream

They meet up with Garmadon and young Lloyd